Hello, it’s me. I haven’t felt much like writing for a while, but today I began to ponder the subject of  travel and thought I’d share my thoughts.  That’s pretty funny considering that my passport currently has only two stamps — the UK and Mexico. That is the extent of my world travel in 55 years on this great big planet, and those two stamps were added only in the past 5 years.

Okay, so no one ever has, or ever will described me as being a spontaneous person. I have always followed the path of least resistance in life, and stuck to the well-worn trails. I find comfort in routine and seldom seek out new adventures, unless of course I have a detailed itinerary before setting out. I am not unhappy with this lifestyle, but I often wonder what it might be like to jump on Travelocity, pack a bag and just GO. But who am I kidding? 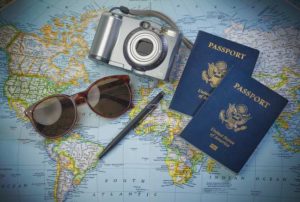 My husband keeps teasing me about going on The Amazing Race, one of the few reality shows we watch together. He is a closet Adrenalin junkie, who wants to bungee jump off bridges and rappel down 100 story skyscrapers. He would voluntarily eat the crickets on a stick or stir fried lizard gizzards . . . heck, he already ate green Weaver ants in Australia. (He said they tasted like lemons.) In most cases, it is the person with the fear of heights or the queasy stomach who ends up doing these challenges on the show. I would be that person. I would be the reason we would lose the challenge and also the million bucks.

I think I have a better race partner in mind.

The adventure gene was apparently passed on to our 30-year old son who  just returned from 3 months in Nepal. While there, he met up with friends and helped with post-earthquake rebuilding efforts. He also briefly taught in a school, tutored a Nepalese general’s son, harvested coffee beans, and toured a mountaintop temple. He met lots of people, ate exotic foods, and also spent time in the hospital after contracting a nasty skin infection. It was all part of the travel experience and he took it in stride. Of course, like any mom I was on edge until he returned from his 14,000 mile round-trip journey. Then after texting me to say he was in China, he surprised me 30 minutes later by serving us our drinks during my birthday lunch. I don’t think I’ve ever hugged anyone so hard. He smelled every bit like the 72 hours he spent in the air, but I didn’t care.

Me? I’ll venture out with a tour guide, in a motor coach, and end my day with a glass of wine and a chocolate on my pillow. I write this as my husband and I are preparing for a summer trip to Israel. I am beyond excited to be traveling to the Holy Land, to walk where Jesus trod, float in the Dead Sea, take a boat ride on the Sea of Galilee, visit the Western Wall and many other biblical sites.  At this point in my life, I cannot think of a better adventure and opportunity than to stand where Jesus’ began his ministry on earth.

My passport is awaiting its third stamp, and I am ready for my own leisurely-paced (and thoroughly-planned) amazing race! 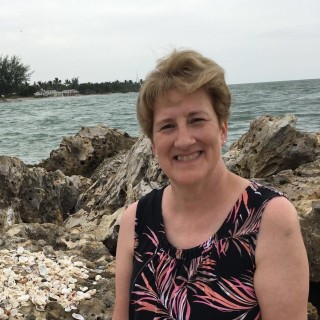